Full-length version for English audiences. CLEAN won two Cannes Festival prizes in 2004: including Maggie Cheung for Best Actress. Plus, Writer-Director Olivier Assayas was nominated for the Palme d'Or prize. I make special note of David Roback's appearance here though he has but a small role, because my youtube channel focuses largely on his band Mazzy Star. David also wrote, produced, and played on two songs Maggie Cheung sings in the movie.

Interestingly, David doesn't play a fictional character. The movie portrays him as David Roback of Mazzy Star and a record producer, as he was in real life (David unfortunately died in 2020).
The two David Roback songs Emily (Maggie Cheung) sings here are: 1) "She Can't Tell You", played twice in the movie: at 30.10 during a pool game, & at 1:46:28 at the end of the movie as the credits roll. 2) "Down In The Light": Emily (Maggie Cheung) sings this at 1:42:10 in a studio recording
scene.

David appears on the screen starting at 1:42:00

The movie had co-production/financing from France, the U.K. and Canada, and was filmed
in Paris, London, Hamilton (& I believe Toronto), Canada.

Writer-Director Olivier Assayas & Maggie Cheung met during the making of Irma Vep in 1996. They married in 1998 and divorced in 2001. Clean was their first collaboration since the divorce and their second and currently last since Irma Vep.

Music content in the movie is somewhat different from the CD soundtrack album of the movie. On the soundtrack CD,Maggie sings 4 songs altogether, the 2 by David Roback already mentioned, plus 2 other songs she sings ("Strawberry Stain" & "Wait for Me"), both produced by Dean Wareham. I found a quote from Dean stating he wrote those two songs and played all the instruments on them. So, just 2 of 4 Maggie Cheung sung songs in the movie and album involved David Roback.

Another youtuber has upped the soundtrack album versions of the 2 songs here (Down in the Light): https://www.youtube.com/watch?v=B9jmK_5hNz8
And here (She Can't Tell You): https://www.youtube.com/watch?v=4KJAQE5MVzM
The 2 Roback songs have different mixes in the movie versions vs. the CD album versions. In the movie, Maggie's vocals are more prominent in the mixes than on the CD. Lyrics are easier to discern in the movie versions.

I didn't know till recently another you tuber uploaded the entire movie earlier. It's been up since 2017, here: https://youtu.be/N5VZDGYGQGw
However, that copy was made for Chinese audiences. It has Chinese subtitles.
The copy I'm uploading was made for English speaking audiences. Most of the movie's dialog is in English, but there are some scenes in French. My upload has English subtitles during the French scenes. The Chinese version has only Chinese subtitles. Also, the image quality is better in my upload. The Chinese version on yt has poorer definition at 360p video height.

I acquired this copy via archive.org site where anyone interested can DL it, here: https://archive.org/details/Clean-2004-Olivier-Assayas-Maggie-Cheung

Earlier, I uploaded to yt a short, 13 minute edit of CLEAN which contained just the David Roback content, here: https://youtu.be/HMX5JfB2nXE

Critical response:
On Rotten Tomatoes, the film has a rating of 73% based on 66 reviews and an average rating of 6.64/10. The consensus statement reads, "In one of her best roles, Cheung gives a believable and arresting performance as a recovering addict." On Metacritic, the film has a score of 75 out of 100 based on 28 reviews, indicating "generally favorable reviews".

I found just one brief quote from David Roback re. Olivier Assayas. It's from a Mazzy Star interview with Sylvain Fesson, Aug. 2, 2013. Here's the passage, QUOTE:
SYLVAIN: ...David, what did you do these last years, musically?
DAVID: Oh, I did a lot of music, and worked with different people, writing songs. I even
worked with Etienne Daho. We wrote some songs together. He's fantastic too...
SYLVAIN: How did you meet him?
DAVID: I met him through a friend of mine named Olivier Assayas, a film director. 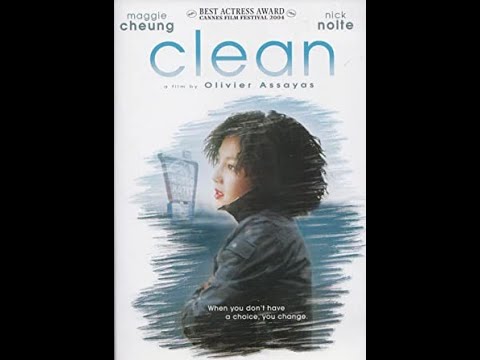