Matt Eberflus has hit the ground running and hasn't wasted any time assembling his coaching staff. Most importantly, his offensive coordinator. Proving he clearly had a blueprint for Justin Fields' development on hand during the interview process. He went after his guy without even flinching in Luke Getsy. The Green Bay Packers quarterbacks coach and passing game coordinator will take over the vital task of developing Justin Fields. On the surface, it would appear these two have zero prior connections. In reality, that isn't true at all.

To understand this, we need to go back to 2018. Fields had opted to attend Penn State as their latest quarterback commit. He was a big fan of the program, especially offensive coordinator Joe Moorhead. The man ran a perfect system for a dual-threat quarterback as Trace McSorley proved the previous two years with 75 total touchdowns passing and rushing. It was an easy decision. However, plans changed.

Chicago Bears News. Why Luke Getsy and Justin Fields are the perfect match. Moorhead departed that same year to become the head coach at Mississippi State. As a result, Fields chose to de-commit from Penn State and attend Georgia instead. At the same time, the new coach had a staff to build down there in Starkville. His choice for offensive coordinator was a 34-year old wide receivers coach from Green Bay named Luke Getsy. This wasn't a surprise. The two men shared a close relationship. Getsy played quarterback under him at Akron and then coached under him there as well.
After a solid season together, the young assistant headed back to Green Bay to become their new quarterback's coach. Moorhead spent one more season at Mississippi State before departing for Oregon. Fields transferred from Georgia to Ohio State, where he thrived for two years and became the 11th overall pick of the Bears last season. Now Getsy, Moorhead's disciple, will oversee his career moving forward. It seems the football fates always deemed Fields was meant to play in this particular offense.

For starters, it helped that he played the position at a high level in college. He had a chance to learn under three capable but quite different coaches. Moorhead was one, while Mike McCarthy and Matt Lafleur were the others. McCarthy oversaw the initial development of Aaron Rodgers in Green Bay and won a Super Bowl with him in 2010. Lafleur then came around in 2019, bringing different philosophies and ideas on maximizing what Rodgers could do.

All of this has prepared Luke Getsy for the task ahead. Expectations are he will craft an offense that is specifically geared towards the strengths of Fields as a quarterback. Not just his apparent mobility as a runner but also his vital accuracy as a deep passer. This would explain why the Bears are considering Joe Brady as their next quarterback's coach. The former Panthers offensive coordinator is known for his expertise in vertical passing concepts.

We have to give credit where credit is due here with Matt Eberflus. He recognized right away what Fields needed from a coaching standpoint. Somebody that could put an offense in place that fit him. A task that went unfulfilled by Matt Nagy and his staff. The system Getsy will bring was one the Bear's QB should've played in four years ago. Now he'll finally get that chance. 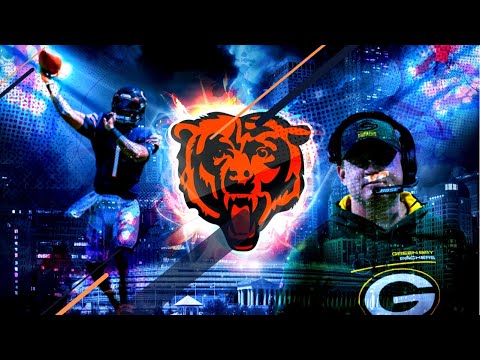 Matt Eberflus has hit the ground running and hasn't wasted any time assembling his coaching staff. Most importantly, his offensive coordinator. Provin...