Episode 695: Chandu Ya Chandani?
--------------------------------------------
Maddam Sir had sent Pushpa to investigate Chandu. Pushpa gave Maddam Sir a detailed history of Chandu and why he had to become Chandni. Everyone gets emotional after hearing Chandu's story. Chandu was financially challenged as he had inadequate funds for his daughter's surgery, which led him into stealing the bracelet. Maddam Sir informed Chandu that she would speak with the PM Relief Fund department about funding the surgery. Later, Billu arrives at the police station in a new avatar, which startles everybody. Watch the episode to know more. 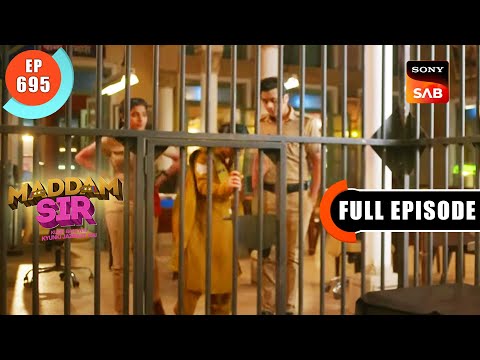