CBC News: The National | Manhunt for 2 suspects after Sask. stabbings

Special breaking news coverage | A manhunt is underway for two dangerous suspects after multiple people were stabbed early Sunday morning in Saskatchewan. Police say 10 people are dead and at least 15 people have been hospitalized.

Watch The National live on YouTube Sunday-Friday at 9 p.m. ET

The National is the flagship of CBC News, showcasing award-winning journalism from across Canada and around the world. Led by Chief Correspondent Adrienne Arsenault and Ian Hanomansing, our team of trusted reporters help you make sense of the world, wherever you are. The National was named Canada’s Best National Newscast by the Canadian Screen Awards and RTDNA Canada.

CBC News: The National | Manhunt for 2 suspects after Sask. stabbings 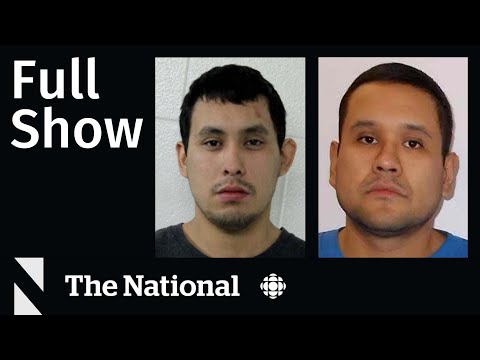