1. The Vikings beat the Seahawks at relatively full strength, lost close games to good Bengals, Cardinals, and Browns teams, and then barely beat a bad and injured Lions team. You sound like you are having a season that Panthers fans would find aggressively familiar. In short, who are the Vikings this year?

If you think you have a definitive answer on who the Vikings are, I’m all ears, because right now I really don’t have a clue. The offense averaged 425 yards per game over the first three weeks, but the defense couldn’t stop anyone for the first two and half games. Now that the defense has finally pulling their own weight, the offense basically disappears after the scripted opening drives. The offensive line has looked quasi-respectable for four games—which is a really big deal in these parts after several years of being the team’s undisputed weak link—yet they allowed 29 total pressures in Week 4. Their kicker is 5-for-5 from over 50 yards, but shanked a potential game-winner from under 40 in Week 2 and left a 49-yarder short last week. Every part of this team is so Jekyll and Hyde that it’s almost impossible to predict how they’ll perform from week to week. One of these days they might stop their perpetual Whack-A-Mole of problems, but until then, Vikings fans are riding the roller coaster that is the 2021 season.

2. Mike Zimmer and Kirk Cousins both get a lot of heat, publicly, for any Vikings shortcomings on offense. Is this a sort of chicken and egg situation or is one of them actually holding the team back?


I think it’s a bit of a chicken and egg situation; I also think that both can hold the offense back to varying degrees, along with the play calling of first-year offensive coordinator/legacy kid Klint Kubiak. Cousins is having yet another statistically impressive season, with 10 touchdowns and 2 interceptions, a quarterback rating of over 100, and a top-5 Pro Football Focus grade. But he certainly isn’t blameless when the offense sputters. Despite having an improved offensive line and one of the best one-two combos of wide receivers in the league in Justin Jefferson and Adam Thielen, Cousins is still in the bottom 5 of average depth of target and ahead of only Andy Dalton in average air yards relative to the first down marker. He will often make a safe throw instead of the higher risk/reward of a deep shot. Cousins is one of the best quarterbacks in the league when he has a clean pocket and the offense runs on schedule, but he basically short circuits under pressure.

That said, Cousins definitely should not be taking the majority of the blame for the offense’s recent shortcomings. To borrow from the Seahawks fans’ vernacular, Kubiak and Zimmer need to let Kirk cook. (Just not on the grill.) In a league that has gone pass-happy for the past several years, the Vikings remain insistent on using the passing game only to set up the run. Nobody on the Lions could hang with Jefferson last week, and he had over 100 yards at halftime. So naturally, he got all of two targets in the second half. Countless analytics have shown how bad running on second and long is, yet the Vikings do it more than almost any other team in the league. If the offense is moved back by a single penalty or negative play, it’s almost guaranteed to derail the drive. The play calling is so risk-averse that it becomes the team’s biggest liability. This offense simply has too much talent to be struggling as much as they have over the past couple games. If they hope to consistently move the ball and finish drives against Carolina’s stout defense, they’re going to have to be much more varied and innovative than they have been over the first five games. This Woody Hayes “three yards and a cloud of dust” philosophy has got to go.

3. The Vikings defense does not have a ton of sacks outside of Danielle Hunter. Who is often on the cusp of sacks/in on a lot of pressures? Panthers fans would like to know who is going to have a breakout game on Sunday when they sack Darnold between two and four times.

Hunter is definitely all the way back from the neck injury that kept him sidelined for the 2020 season. He’s obviously a problem for anyone he lines up against. After that it gets less certain, but there is one other player that has stood out on the pass rush. The return and resurgence of Everson Griffen has been a welcome surprise for the Vikings. Griffen will turn 34 in December, but he has already exceeded his expectations, racking up four sacks and 16 total pressures while rotating in at defensive end. He has already usurped DJ Wonnum as the starter opposite Hunter. Wonnum has had a very disappointing season overall, but he’s also coming off what was easily his best game of the season against Detroit. 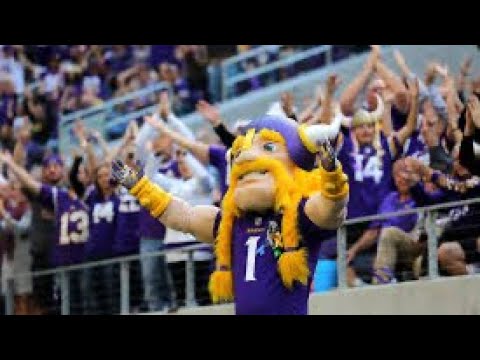 1. The Vikings beat the Seahawks at relatively full strength, lost close games to good Bengals, Cardinals, and Browns teams, and then barely beat a ba...