Nigerian’s have reacted to comments made by President Muhammadu Buhari during a live Interview he granted the Nigerian Television Authority, about his tenure in office

The President, who began this year by granting two media interviews within the first week; said that he has been involved in governance in various capacities in the country; including as governor, and minister, ..and has given his best to Nigeria.
The President also stated that he is not expecting any appreciation from Nigerians; but hopes that when his administration ends in 2023, Nigerians will recognise that he has served to the best of his abilities.

The Governor’s call is coming after the federal government gazetted an order designating bandits as terrorists. Ortorm stated, that the security challenges in the nation will only be adequately addressed, if a similar position is taken on the Miyetti Allah Kautal Hore…MACBAN, and the Fulani Nationality Movement otherwise known as FUNAM.

The Governor claims, that these groups have vowed; and have continued to cause mayhem in Benue State and other parts of the country because of the anti-grazing laws. 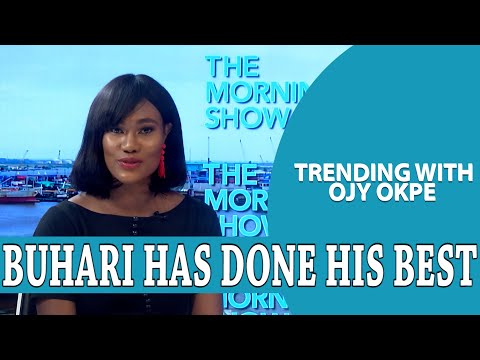 Nigerian’s have reacted to comments made by President Muhammadu Buhari during a live Interview he granted the Nigerian Television Authority, about his...