"Towards the end of the 13th century, a large part of Cannock Forest in the English Midlands was cleared and hunting rights granted to The Bishop of Lichfield. In November 1292, Roger de Meyland led a hunting party across what was now known as Cannock Chase. He had no reason to suspect that, along with the deer and a dwindling population of wild boar, there was another large creature that avoided human contact. Hidden in the bracken, something was watching. Something feral, ferocious and utterly savage…"

Produced in 1974, the British Cryptids films were presumably destined to be sold to a UK broadcaster - either BBC or ITV - but they seem to only have been shown at schools and ended up languishing in public libraries.

Sadly, the video files recovered from the Internet Archive (which no longer seem to be online) were of poor quality and incomplete. The fragments are presented here as we found them. We leave it to the viewer to imagine what may be missing.

Amongst the titles we were able to acquire are: ‘Yorkshire Yeti’, ‘Hereford Twiggywitch’, ‘Stag Men’, ’Souter Sea Wolf’ and ‘The Cumbrian Dregpike’, but the catalogue numbers on each film suggest that there could be many more.

Subscribe to support the project and receive notifications of new uploads. 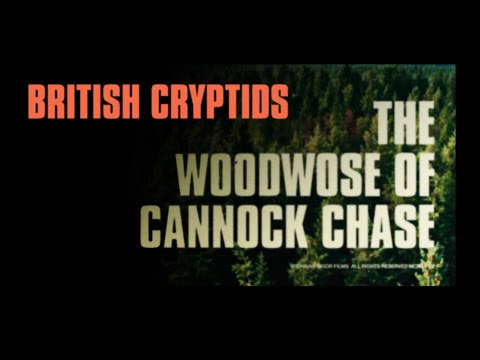 "Towards the end of the 13th century, a large part of Cannock Forest in the English Midlands was cleared and hunting rights granted to The Bishop...