Part 22: https://youtu.be/TcTgdhGOcag
Part 20: https://youtu.be/-x4_7FMAgeg
Part 1: https://youtu.be/dwYKWJ7dDv4
--------
In this clip, Boosie opened up about Pooh Shiesty facing a minimum of 20 years in prison for an incident at King of Diamonds, and Vlad pointed out that he's going to be locked up throughout his 20s. Boosie then explained that rappers feel the need to uphold their image and not look weak, and he added that sometimes people act without thinking. When Vlad spoke about Gucci Mane's other artists being locked up, Boosie said that he hates to hear it because money goes down when you're locked up. To hear more, hit the above clip.

In this clip, Boosie shared his thoughts on Pooh Shiesty asking fans to send him money while he's in jail, and Boosie said he's unsure about Pooh Shiesty being hard up for money. After revealing that he was recently on a plane with Pooh Shiesty's dad, Boosie stated that he nearly lost everything when he was in prison. Boosie then told rappers who think they'll get locked up to save their money now. To hear more, including blaming himself for being in prison, hit the above clip. 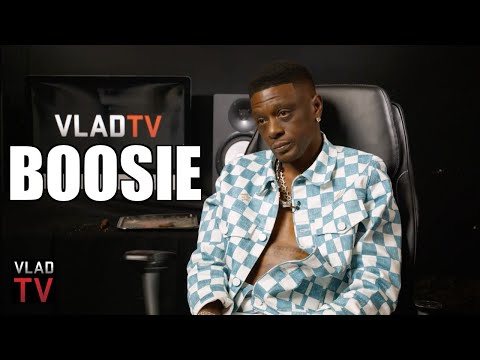