Part 32: https://youtu.be/X_VRRZYpreo
Part 34: https://youtu.be/ORI9AH8xsRQ
Part 1: https://youtu.be/uztYuzQQ7R0
--------
In this clip, Vlad continued to speak about Chris Brown, who he thinks hurt his career with his gang association, and he pointed out that Michael Jackson was “obsessive” with being a great entertainer. Vlad went on to speak about interviewing Darkchild, and Teddy Riley about working with Michael Jackson, who they say was dancing to the point of sweating when he was recording music. Vlad added that he thinks Chris Brown wasn’t as obsessive when it comes to entertaining, and Boosie stated that he thinks Michael knew how to elevate his career. Boosie explained that he thinks Michael bleached his face to get bigger and because he wasn’t happy with himself. When it comes to the claims that Michael had vitiligo, Vlad questioned why he couldn’t wear dark makeup to cover up the discoloration. Vlad also pointed out that Michael’s role model and idol were Marvin Gaye, and Boosie stated that he thought Michael wanted to be white. 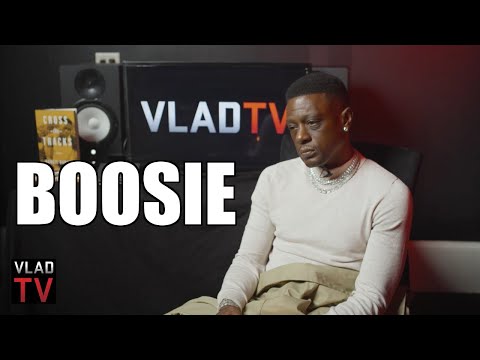