This event in BIO's "Reading Biography Like a Writer" series features guest Gerald Howard and his intriguing book selection: the late Patricia Bosworth’s MONTGOMERY CLIFT, which he describes as “the best celebrity biography (so-called) of the past fifty years” and a model for all “biographers who have to deal with sad and scandalous aspects of public figures, especially in the arts.”

Gerald Howard is a recently retired book editor who worked with numerous biographers over the course of his career. He had the pleasure of reissuing Bosworth’s biography of Diane Arbus in the mid-nineties when he worked at Norton. His essays and reviews have appeared in The American Scholar, the New York Times Book Review, n+1, Bookforum, Slate, the Los Angeles Review of Books, and other publications. He is currently writing a biography of the influential editor and critic Malcolm Cowley.

Howard was interviewed by Steve Paul, BIO board member and member of the online workshop committee. 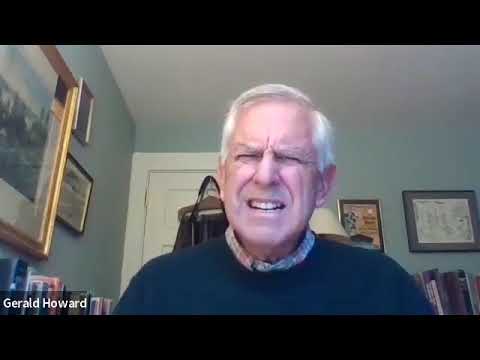 This event in BIO's "Reading Biography Like a Writer" series features guest Gerald Howard and his intriguing book selection: the late Patric...