FOX Sports’ lead college football analyst Joel Klatt is back to discuss the biggest news and storylines from the early days of the offseason in college football. First, Joel shares his thoughts on former Big Ten commissioner Kevin Warren’s move to become the President/CEO of the Chicago Bears. He also explains why the next Big Ten commissioner will have major influence on the future of college football. Then, Joel discusses Ohio State’s decision to promote Brian Hartline to be the new offensive coordinator and Jim Harbaugh’s uncertain future at Michigan. Finally, Joel analyzes Clemson’s hire of Garrett Riley, the reigning Broyles Award winner for the top assistant coach in college football, to be their new offensive coordinator.

SUBSCRIBE to get the latest CFB on FOX content: https://foxs.pt/SubscribeCFBonFOX
The all-new FOX Sports App, built for the modern sports fan: https://tinyurl.com/y4uouolb

About CFB on FOX:
The official home for college football on FOX — the biggest names, the biggest games, the highlights, the moments, and everything you need as a college football fan. Check out the best of Big Noon Kickoff, Gus Johnson’s Call of the Game, Joel Klatt’s Breaking the Huddle, our exclusive, live Coach’s Cams, and much, much more, right here on CFB on FOX! 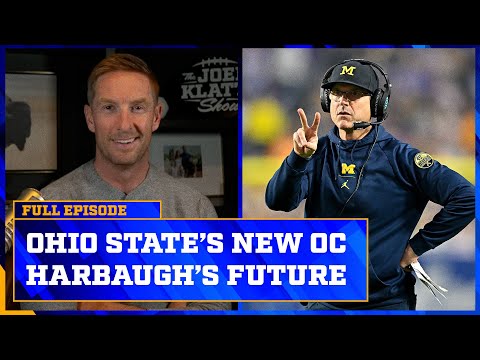 FOX Sports’ lead college football analyst Joel Klatt is back to discuss the biggest news and storylines from the early days of the offseason in colleg...