Big Block on Fallout with Yung Joc: It Wasn't Over Money, Joc Made $15M in a Year (Part 8)

Part 7: https://youtu.be/Rv0-UUUQTWA
Part 1: https://youtu.be/yI9Bp-RI2vY
--------
In this clip, Big Block revealed the true story behind his fallout with Yung Joc. Despite popular belief, Big Block insisted that the issue wasn't related to money. According to him, things went sour after Joc "bucked the system" and undermined Big Block's business partner. Big Block also detailed why he decided to step down from his career in music and cited being more interested in raising his sons after he saw the impact his work had on his relationship with his daughters -- something Big Block said he wouldn't let happen with his younger children.


Later, Big Block detailed why he decided to make a comeback to the music industry after taking a break to raise his younger children. He talked about the nature of his return and what he won't tolerate this time around. Big Block emphasized the system he's putting in place for his artists to follow rather than trying to find and break the next big act. Currently, he's working with Big Stunt, and detailed how that business relationship was forged. He revealed Big Stunt had 25 million streams as an indie artist before he signed a deal with Sony. Big Block then laid out how he's going to have Big Stunt follow "the system" to ensure a successful run in the industry.

Interview by Shawn Prez
Check out his youtube channel at: https://www.youtube.com/c/PowerMoveMakers

Big Block on Fallout with Yung Joc: It Wasn't Over Money, Joc Made $15M in a Year (Part 8) 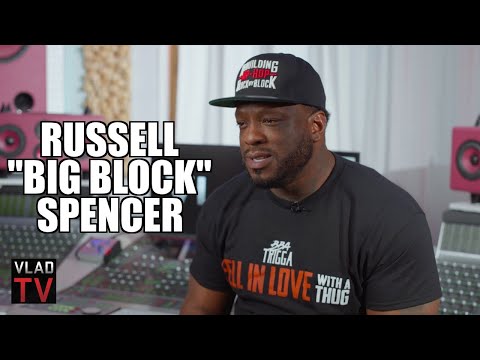