Benzino on Will Smith Slapping Chris Rock, Recalls Dancing with Jada Pinkett at a Club (Part 1)

Watch the full interview now as a VladTV Youtube Member - https://www.youtube.com/channel/UCg7lal8IC-xPyKfgH4rdUcA/join
(iPhone Youtube App users click this link: https://www.vladtv.com/join )
--------
In this clip, Benzino attempts to dissect the incident on Oscar night involving Will Smith and Chris Rock. He starts by voicing his displeasure at the fact that they are two Black men who will always be associated with such an embarrassing occurrence. The rapper-turned-media proprietor then focuses his attention on Will Smith's marriage to Jada, and the issues that could have led Will to act out in such a shocking manner. Benzino states that Will had a mental breakdown due to the pressure and demands of being married to woman like Jada. He also indicates that Jada has emasculated Will to the point where he would do such a thing. Additionally, Benzino cites Will Smith's privilege by saying that if he had tried such a stunt at an award show, he would have left the venue in handcuffs.

As the discussion continues, Benzino shares his belief on why Jada Smith treats Will Smith the way she does, citing that her career has taken a backseat to his because he's so much more popular than she ever was and that probably frustrates her. Towards the end of conversation, Benzino gives a nod to Chris Rock for maintaining his professionalism after getting slapped, by pointing out how bad the comedian could have embarrassed Will Smith, with a microphone in his hand, if he truly wanted to.

Interview by Shawn Prez
Check out his youtube channel at: https://www.youtube.com/c/PowerMoveMakers

Benzino on Will Smith Slapping Chris Rock, Recalls Dancing with Jada Pinkett at a Club (Part 1) 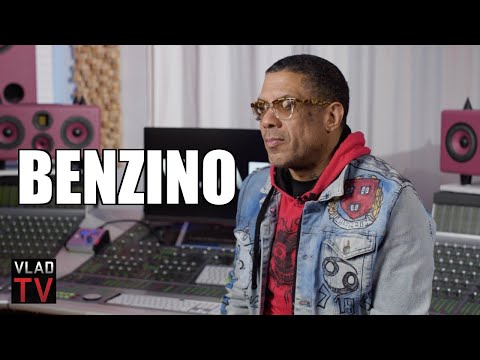