An alliance of 243 human rights organizations and nongovernment organizations have called for a diplomatic boycott of the Beijing Olympic Games, a week before the event begins.

"The 2022 Beijing Winter Olympics will open amid atrocities and other grave human rights violations by the Chinese government," the organizations said in a statement.

Human Rights Watch, Frontline Defenders, Women's Rights Without Frontiers were among the signatories of the petition calling on politicians to boycott the Games.

Sophie Richardson, China director at Human Rights Watch, said, "It's not possible for the Olympic Games to be a 'force for good,' as the International Olympic Committee claims, while the host government is committing grave crimes in violation of international law."

Beijing has come under fire for allegations of human rights abuses against ethnic minorities and a clampdown on free speech. China's policies regarding Hong Kong have also recently come under fire.

The organizations said they documented numerous rights violations, such as the detention and forced labor of Uyghurs, attack on free press and activists, and high-tech surveillance violating the privacy of citizens. 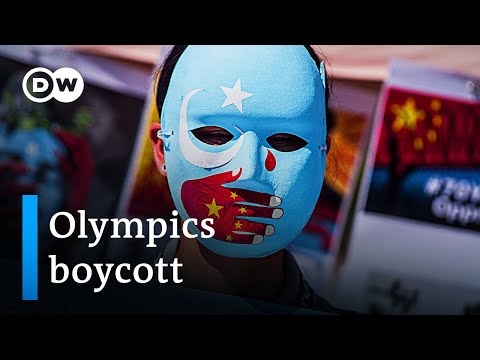 An alliance of 243 human rights organizations and nongovernment organizations have called for a diplomatic boycott of the Beijing Olympic Games, a wee...