AzChike on Beef with Drakeo, Thinks 'Ingleweird' was Response to Him, Drakeo Getting Killed (Part 3)

Moving along, AzChike talks about the making of his music video for "Tesla or X." He shares some insight as to how the director brought his concept to life before stating that the song isn't actually about a Tesla vehicle, instead it's about some of his favorite drugs to take. From there, the South Central native shares a story about the first time that he took ecstasy back in 2015. As the discussion about being under the influence continues, he declares that Tequila is his drink of choice.

Later in the interview, AzChike talks the events that led up to his collaboration with Kyle called "See You When I'm Famous." He also details what it was like to record the song in person with his fellow Southern California native. As the conversation moves along, AZ Chike reveals the way in which other rappers reach out to him in hopes of making music together.

Interview by: Shirley Ju
Check out her youtube channel at: https://www.youtube.com/c/ShirleyJu9

AzChike on Beef with Drakeo, Thinks 'Ingleweird' was Response to Him, Drakeo Getting Killed (Part 3) 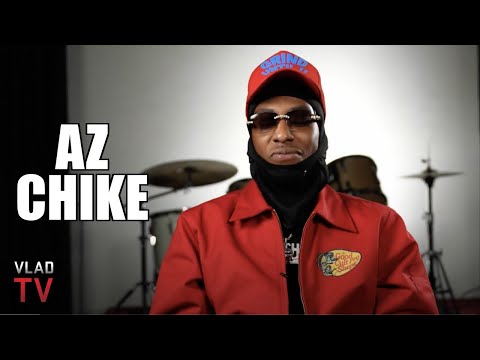