Anthony Rumble Johnson Last Video before death. He said it all

Anthony 'Rumble' Johnson dead: Ex-UFC star dies aged 38 after illness
Anthony Johnson challenged for the UFC light-heavyweight title but has struggled with his health in recent years
Former UFC light-heavyweight title contender Anthony 'Rumble' Johnson has passed away at the age of 38 after lengthy battles with an unspecified illness.
The ex-fighter was due to fight for the Bellator light-heavyweight title in September of last year, but pulled out due to a health issue that persisted over the past year. His manager Ali Abdelaziz had asked fans as recently as last month to "pray" for the fighter, and it was confirmed this evening that he lost his battle with illness.
“Rumble, he’s going through some health problems right now. It’s very sad,” Abdelaziz said during an ESPN interview in October. “I think, I want everybody to pray for him. Pray for Anthony. It’s not going well. He’s very strong, spiritually. But pray for him.”
Last year, Johnson explained how sick he was during a social media post, which read: “Really wish I could go into detail about how ill I truly am. Just know I need as many prayers as I can get and I’ll see you in 2022 God willing. Never been this afraid of anything in my life but I’ve remained strong with the support of friends and family.”
Johnson challenged for the light-heavyweight belt in the UFC on two occasions, both times losing to all-time great Daniel Cormier. They first met in 2015 at UFC 187 after Jon Jones was forced out, before rematching at UFC 210 in April of 2017 with Cormier winning both by submission.
His most famous wins included beating world champions such as Glover Texeira and Ryan Bader, as well as defeating the likes of Jimi Manuwa and Alexander Gustafsson. His most recent outing was a light-heavyweight Grand Prix bout with Jose Augusto Azevedo which he won by knockout in the second round back in May of 2021.
#anthonyjohnsonrumble
#anthonyrumbledeath
#anthonyjohnsonrumbledies

Anthony Rumble Johnson Last Video before death. He said it all 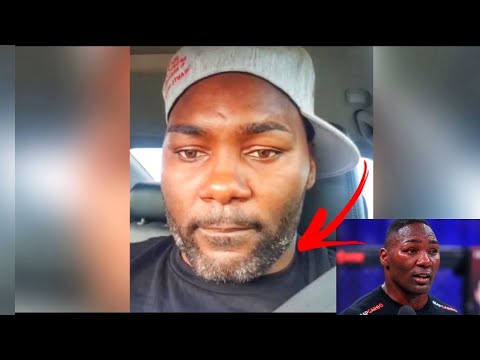