ANGELINA JOLIE (PITT) Why they don't like her ??? WINDMILLS OF YOUR MIND Sting Michele Legrand PIANO

ANGELINA JOLIE (born Angelina Jolie Voight, June 4, 1975; later Angelina Jolie Pitt) is an American actress, filmmaker, and humanitarian. olie made her screen debut as a child alongside her father, Jon Voight, in Lookin' to Get Out (1982), and her film career began in earnest a decade later with the low-budget production Cyborg 2 (1993), followed by her first leading role in a major film, Hackers (1995). She starred in the critically acclaimed biographical cable films George Wallace (1997) and Gia (1998). Her starring role as the video game heroine Lara Croft in Lara Croft: Tomb Raider (2001) established her as a leading Hollywood actress. She continued her action-star career with Mr. & Mrs. Smith (2005), Wanted (2008), Salt (2010), and The Tourist (2010), A Mighty Heart (2007) and Changeling (2008). Her biggest commercial success came with the fantasy picture Maleficent (2014). She is also known for her voice role in the animation film series Kung Fu Panda (2008–present). Jolie has also directed and written several war dramas, namely In the Land of Blood and Honey (2011), Unbroken (2014), and First They Killed My Father (2017).
WINDMILLS OF YOUR MIND is a song with music by French composer Michel Legrand and English lyrics written by Americans Alan and Marilyn Bergman. The French lyrics, under the title "Les Moulins de mon cœur", were written by Eddy Marnay. The song (with the English lyrics) was introduced in the film The Thomas Crown Affair (1968), and won the Academy Award for Best Original Song. In 2004, "Windmills of Your Mind" was ranked 57 in AFI's 100 Years...100 Songs survey of top songs in American cinema. A cover by Sting was used in the 1999 remake of The Thomas Crown Affair.

ANGELINA JOLIE (PITT) Why they don't like her ??? WINDMILLS OF YOUR MIND Sting Michele Legrand PIANO 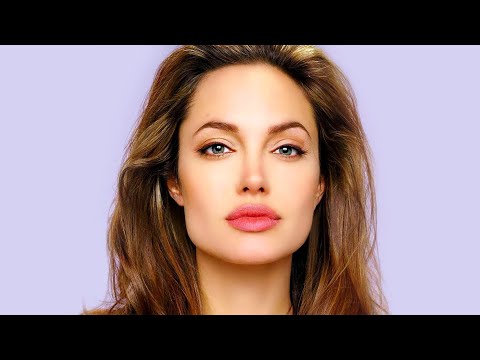