The history of International Women’s Day dates back to the women garment workers' protests for labour rights including fair wages and better working conditions. Over a century later, women workers in India are still fighting for their basic rights. This International Women’s Day, we salute the women workers who have resisted patriarchy and fought for their rights. Starting with the women, who are the bulwark of India’s maternal and child health and development system, and have been fighting for fair wages, decent work standards, provision of social safety nets and recognition as government employees among other things: the Anganwadi workers. These workers have been striking in the national capital for the past 37 days.

We also cast a glance at the women who mobilised against the farm laws and got them repealed, the Dalit and Adivasi women fighting for land they toil on, and the garment workers who took on and defeated a global clothing giant.

To read more about these women workers and their fight for rights, head to www.behanbox.com 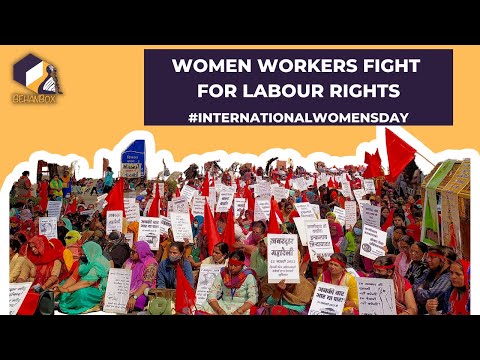 The history of International Women’s Day dates back to the women garment workers' protests for labour rights including fair wages and better working c...