Should anyone be charged with the death and injury of crew members on the set of Rust? Police and the District Attorney are saying that all options are on the table, but it’s hard to tell who exactly is responsible, at least at this point. That being said, this horrific incident was preventable, and those who allowed the safety practices and procedures to be ignored are ultimately who’s to blame.

While filming a scene, actor and producer Alec Baldwin was handed a gun that was announced to be a “cold gun” meaning it was not dangerous. When Baldwin pulled the trigger, though, a live round was dispensed and Baldwin ended up shooting and killing the film’s cinematographer, and injuring the film’s director. It would be just a tragedy, but in the days since the incident a litany of safety complaints from workers on set have begun to emerge. For example, it’s been revealed that the production manager was well known to cut corners when it came to safety. Add to that the Assistant Director had previously been fired from a film over precisely this same issue: gun safety.

On set, unionized crew members were disgusted by their treatment, and also the safety protocols that were being blatantly disregarded. In protest, these crew members walked off set, and others were kicked off, only to be replaced by non-union “scab” laborers. What happened next was tragic and totally preventable.

Photograph by Gage Skidmore, distributed under a CC-BY 2.0 license.

Get your TBR merch: https://bitchuationroom.com/ 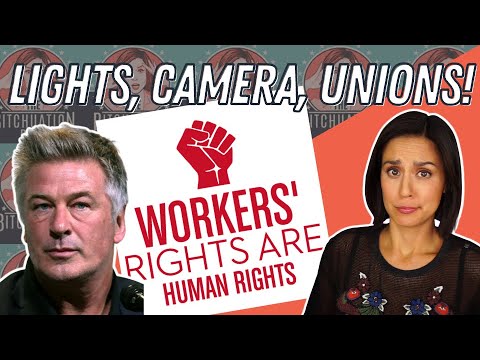 Should anyone be charged with the death and injury of crew members on the set of Rust? Police and the District Attorney are saying that all options ar...