One YouTube creator has made some waves with his latest video, a quickly edited affair packed with jump cuts, that he says shows his recent cross country flight ending in an ‘unavoidable’ plane crash.The 16-minute video is packed with oddities from the start. It features Jacob flying a 1940 Taylorcraft to spread the ashes of his friend, Johnny Strange, who died in a 2015 wingsuit crash. With his aircraft sporting cameras affixed to the tail, the port wing, and the cabin, Jacob had been filming a supposed cross country. He tells viewers that he always flies with a parachute, sporting a large, sport skydiving rig, before his engine cuts out. He reacts with some profanity, saying the area is surrounded by mountains. Leaving his headset dangling, he slips out of the plane headfirst with his selfie stick recording all the way down... A former corporate aviator was awarded $1.9 million in damages in a court case that saw his termination after he postponed a flight into hurricane activity. His employer said that his failure to fly, when ordered, constituted unjust abandonment of his duties, while he believes his actions were made in the interest of safety. The jury found his evidence convincing, believing he acted in accordance with his duties as the pilot in command. SpaceX has completed a fitting capstone to 2021 as it landed one of its reusable boosters for the 100th time, bringing a Falcon 9 down from its ISS resupply mission to the International Space Station.The rocket completed its ascent, separation, and reentry burn before softly touching down aboard the automated landing target. All this -- and MORE in today's episode of Airborne!!!

Get Comprehensive, Real-Time, 24/7 coverage of the latest aviation and aerospace stories anytime, at aero-news.net. And be sure to join us again tomorrow, for the next edition of "Airborne Unlimited" here on Aero-TV. Thanks for watching. See you, again, tomorrow! 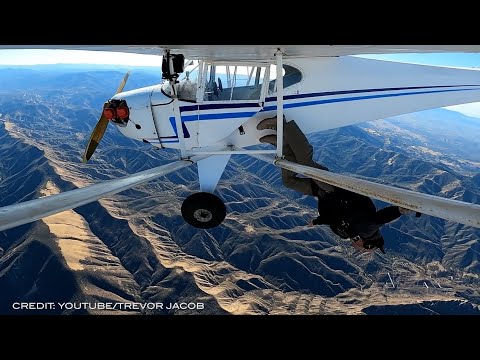