00:00 Adam presents another segment of ‘Liked Tweets’ featuring babies yelling at cops, phrasing on an airplane bathroom plaque, an old ‘Daily Show’ clip where John Stewart showed times Biden was creepy toward women, and an update on the dirty Porsche artwork.

30:54 Education expert and senior fellow at the American Federation for Children, Corey DeAngelis PhD, comes on the show to talk about the importance of school choice and the impact of a new bill passed in Arizona.

01:02:54 Comedian Adam Ray calls in from his Vegas hotel room to talk about the limited series ‘Gaslit’, where he plays Nixon’s press secretary. He remembers how he couldn’t recognize Sean Penn in his full prosthetic makeup. He talks about the time his sister trapped him in a sleeping bag and his experience playing Vince McMahon & Jay Leno.

01:30:38 Gina Grad reports the news of today including: NASA sharing an infrared picture of the universe, Jill Biden’s breakfast taco comment, Marion Barber’s cause of death, and Casey White being charged for murder. 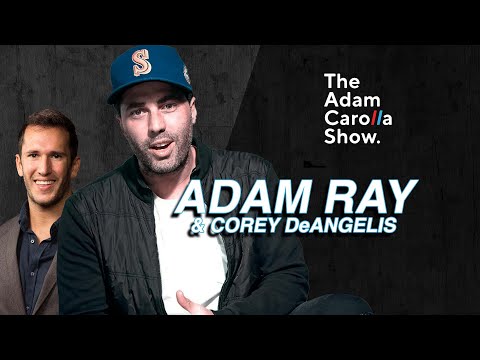