The beloved star of 'The Mary Tyler Moore Show,' 'The Golden Girls' and 'Hot in Cleveland' died days shy of her 100th birthday.
Betty White, the quick-witted comedienne whose ribald humor as showcased on The Mary Tyler Moore Show, The Golden Girls and Hot in Cleveland made her America’s ageless darling, has died. She was 99.The beloved five-time Emmy Award winner and animal advocate, whose career reached another level after she became an octogenarian, died overnight Thursday into Friday in her sleep at her Brentwood home, her APA agent and close friend Jeff Witjas told The Hollywood Reporter.“Even though Betty was about to be 100, I thought she would live forever,” Witjas said in a statement to People magazine. “I will miss her terribly and so will the animal world that she loved so much. I don’t think Betty ever feared passing because she always wanted to be with her most beloved husband Allen Ludden. She believed she would be with him again.”White joined the cast of The Mary Tyler Moore Show for the CBS sitcom’s fourth season in 1973 as Sue Ann Nivens, the blunt, man-lusting star of the WJM-TV show The Happy Homemaker, and she won two straight Emmys for outstanding continuing performance by a supporting actress in a comedy series.On NBC’s The Golden Girls, which aired for seven seasons, White played the simple-minded Minnesotan Rose Nylund opposite Bea Arthur, Rue McClanahan and Estelle Getty. She was nominated for lead comedy series actress in every year from 1986 through 1992, winning the trophy in her first try.And on TV Land’s Hot in Cleveland, which completed its six-season run in 2015, White was cast in her late 80s as the sharp-tongued Elka Ostrovsky, who takes care of the Victorian home inhabited by L.A. transplants played by Valerie Bertinelli, Jane Leeves and Wendie Malick. That earned her a supporting actress Emmy nom in 2011.“Betty White is one of the few people who walks into the room and you know her,” Carl Reiner said on the 2018 PBS special Betty White: First Lady of Television. “You’ve known her all your life. She’s one of those people that are always welcome on any show she’s on.”Earlier in her career, her snappy banter and dizzy smile made her a popular guest on such game shows as To Tell the Truth, What’s My Line?, Match Game, Password and Liar’s Club — the last two hosted by Ludden. (They met when she was on Password in 1961.)She also won a Daytime Emmy in 1983 for hosting the game show Just Men!, the first awarded to a female emcee.White won another Emmy and attracted 12 million viewers for hosting Saturday Night Live in 2010 at age 88 after a fan-based Facebook campaign; starred in a clever Snickers Super Bowl commercial with Abe Vigoda; and netted noms from 2012-14 (giving her a career total of 21) as host of the NBC reality show Off Their Rockers.In 1988, White was inducted into the Television Hall of Fame and received the Screen Actors Guild’s Life Achievement Award in 2010.The Guinness Book of World Records in 2013 said she held the record for longest TV career for an entertainer (female). “I think the reason for the longevity is that several generations have gotten to know me over the years, so I’ve become sort of part of the family,” she told Larry King in 2010.Betty Marion White was born on Jan. 17, 1922, in Oak Park, Illinois, the only child of an electrical engineer and a housewife. The family moved to Los Angeles when she was 2, and she graduated from Beverly Hills High School. Her idol was singer-actress Jeanette MacDonald.“I was in the graduation play from high school and the president of our senior class, and I sang ‘The Merry Widow’ and did a little dance,” White told NPR in a 2014 interview. “I think that’s when the showbiz bug bit me — and they haven’t been able to get rid of me since.”White worked on many charitable projects involving animal disease research. She served for three years as the president of the Morris Animal Foundation and served on the board of trustees for the Greater Los Angeles Zoo Association.She was married to Ludden, her third husband, from 1963 until his death from cancer in 1981. 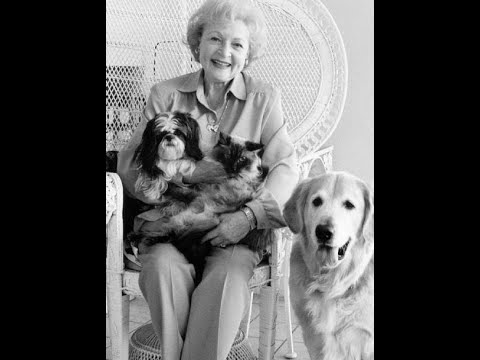 The beloved star of 'The Mary Tyler Moore Show,' 'The Golden Girls' and 'Hot in Cleveland' died days shy of her 100th birthday. Betty White, the quick...