Reason is the planet's leading source of news, politics, and culture from a libertarian perspective. Go to reason.com for a point of view you won't get from legacy media and old left-right opinion magazines.
----------------
The United States Constitution explicitly calls for copyright and patent laws to "promote the progress of science and useful arts" by "authors and inventors." But would getting rid of all intellectual property laws actually encourage more creativity and innovation by inventors, writers, and artists?

That was the topic of a November 15 Soho Forum debate held in New York City.

Stephan Kinsella, who's spent 28 years as a practicing patent law attorney, argued in favor of the proposition that "all patent and copyright law should be abolished."

He believes that government-created intellectual property laws empower patent and copyright trolls and powerful corporate interests while limiting the free flow of information, thus reducing the rate of innovation and creativity.

Richard Epstein, the Laurence A. Tisch professor of law at New York University School of Law, says that our current system isn't perfect but sees copyright and patents as a natural extension of private property rights and believes that it should be defended by libertarians accordingly.

The debate took place in front of a live audience and was moderated by Soho Forum director Gene Epstein. 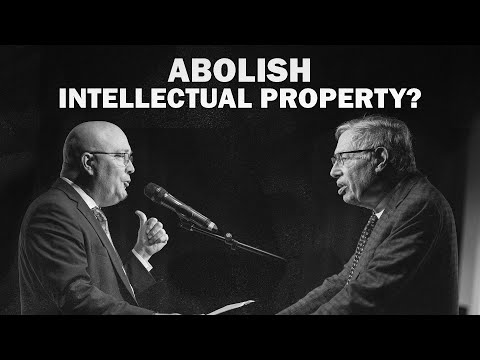