His Royal Highness Muhammadu Sanusi II is a man for all seasons. He has seen it all and has remained true to himself and his beliefs, despite external pressure or influence.

Born on July 31, 1961, he grew up in the royal palace of his grand uncle and Emir of Kano, the late Ado Bayero, and as a youth received both religious and secular education.

Prior to his enthronement as the 57th emir of the ancient city of Kano, Sanusi was an Islamic intellectual, academic, political economist and banker.

He served as the Managing Director of First Bank of Nigeria Limited and later Governor of the Central Bank of Nigeria from 2009 to 2014, ushering in banking reforms until his suspension by the Goodluck Jonathan administration.

While on the throne, he spent most of his reign advocating for cultural reforms in Northern Nigeria, until his dethronement on March 9, 2020 by the state government.

Early this year, Sanusi was appointed the spiritual leader of the Tijanniyah Sufi order in Nigeria and given the title Khalifa Sanusi II.

As the leader of the Tijaniyyah Sufi order, he has political and spiritual authority over the second largest Sufi order with over 30 million adherents.

Today, as Nigeria marks her 61st independence anniversary, the former Emir of Kano, His Royal Highness Muhammadu Sanusi II, speaks #ARISENews to share his thoughts on 61 years of nationhood and what he thinks should be done for Nigeria to achieve unity, peace, progress and prosperity. 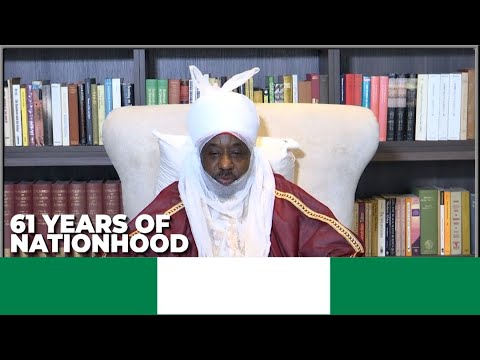 His Royal Highness Muhammadu Sanusi II is a man for all seasons. He has seen it all and has remained true to himself and his beliefs, despite external...