"Almost nowhere else in Europe women earn so much less than men," says investigative journalist and Thomas Mann Fellow Birte Meier about the gender pay gap in Germany. But what can Germany learn from the U.S., specifically California, when it comes to laws that regulate equal pay? Birte Meier holds a master's degree in North American Studies, Modern History and Journalism. Since 2007, she has been a ZDF editor, producing investigative stories on politics and business - primarily on digitalization, globalization and the transformation of the market economy and democracy.

The series “55 Voices for Democracy” is inspired by the 55 BBC radio addresses Thomas Mann delivered from his home in California to thousands of listeners in Germany, Switzerland, Sweden, and the occupied Netherlands and Czechoslovakia between October 1940 and November 1945. In his monthly addresses, Mann spoke out strongly against fascism, becoming the most significant German defender of democracy in exile. Building on that legacy, “55 Voices” brings together internationally-esteemed intellectuals, scientists, and artists to present ideas for the renewal of democracy in our own troubled times.

The series is presented by the Thomas Mann House in cooperation with Deutschlandfunk, the Los Angeles Review of Books and Süddeutsche Zeitung. 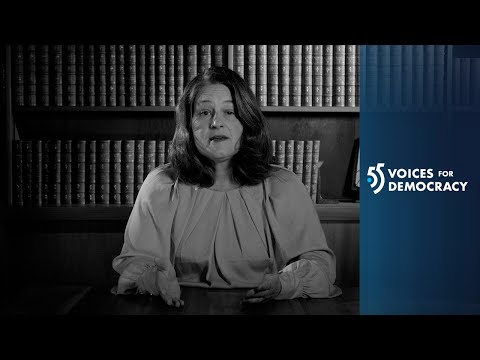