Former Portland State University professor Peter Boghossian has a message for America about the state of higher education: “There is no hope. We need to build parallel institutions.”

Boghossian called out his former employer in a stunning resignation letter which detailed a years-long string of abuses he suffered in retaliation for supporting the free exchange of ideas. He faced harassment and false accusations of misconduct, along with a whisper campaign by fellow faculty members who told students not to take his classes.

His decision to resign came after a discussion with a university administrator in which the administrator spoke proudly of the university’s poor free speech ranking. Boghossian says of the restrictions on speech, “This was not a bug of the ideology, this was a feature of it. This was a good thing. And that was really the last straw…at that moment, I made up my mind.”

Watch the full video above.

Campus Reform, a project of the Leadership Institute, is America's leading site for college news. As a watchdog to the nation's higher education system, Campus Reform exposes bias and abuse on the nation's college campuses.

Our team of professional journalists works alongside student activists and student journalists to report on the conduct and misconduct of university administrators, faculty, and students.

Campus Reform holds itself to rigorous journalism standards and strives to present each story with accuracy, objectivity, and public accountability. 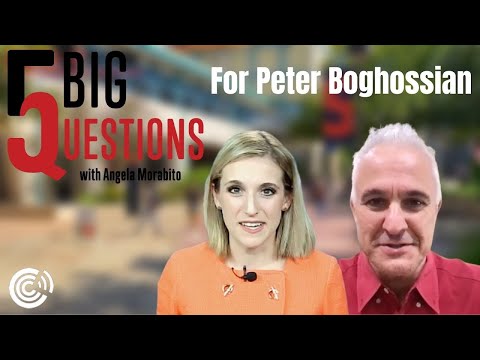 Former Portland State University professor Peter Boghossian has a message for America about the state of higher education: “There is no hope. We need ...