In today’s economic environment, Americans seem to be in a constant state of restlessness and frustration. We have never fully recovered from the financial pain brought on by the health crisis in 2020. And even though we’re only four months in 2022, we’re already on the edge of a recession again.
The economy is slumping at a very fast speed while the price of virtually everything continues to explode. From food to gasoline, electronics to furniture, energy to housing – everything is significantly more expensive, and U.S. consumers are getting fed up with the effects of soaring inflation. Our supply chains are still a complete and total mess. Shortages are causing severe market distortions and consumer demand continues to outstrip the system’s capacity of producing more supplies.
With all that in mind, it’s understandable why every new poll, survey, and measure of consumer sentiment shows that our population is becoming incredibly pessimistic about the future of our nation. Millions of hard-working Americans that have given everything they’ve got to build a comfortable lifestyle for themselves and their families are now seeing their standard of living declining more and more with each passing month as the cost of living rises but wages remain stagnant. Workers that have done everything right their entire lives are now realizing they may never be able to purchase a home, and that they’ll probably never get the chance to retire.
Labor conditions are so bad right now nearly 4 million burned-out workers have simply quit their jobs over the past 12 months, citing low pay, no opportunities for advancement, and a growing feeling of disrespect. The U.S. population is extremely anxious about their finances this year. Many people are trying to figure out how in the world they’ll be able to pay their mortgage, afford all of their monthly bills and still put three meals on their tables for each member of their families every day.
Meanwhile, the number of good jobs continues to go down. More than half of all job openings right now offer low wages and considering that a growing percentage of the jobs that are being created these days are very low paying jobs, it’s going to be a lot harder to find a decent job that can support the basic necessities of the average family. We’ve outsourced most of our production to foreign markets, and millions of middle-class jobs vanished in that process. Now, the average household can no longer afford decent health insurance, a new car, or unexpected expenses as saving rates sink to the lowest levels in decades.
Sadly, it appears that the American people are still waiting for "hope" and "change" to show up, but all they are going to get instead are more waves of "despair" and "frustration". As our tragic economic decline continues to accelerate, people are starting to panic. Many of us can already feel that something has gone terribly, terribly wrong in our country. We have never faced such a prolonged economic downturn in modern U.S. history, and a lot of people are starting to freak out about the collapse of our economy. As Gerald Celente once said: "When people lose everything and have nothing left to lose - they lose it."
The "new normal" is going to be a lot different from what the "old normal" was. We have to start waking up to the fact that the United States is a declining power. The long-term trends that have driven us to where we are now have taken decades to develop, which basically means that there is no "quick fix" that some politician can magically bring in to reverse the damages that have been done. Now, we are starting to pay the price for decades of reckless decisions. As the consequences of those decisions become more apparent, the American people are just going to get angrier and angrier. Today, we compiled 15 signs that the Americans have begun freaking out about the state of the economy.

For more info, find us on: https://www.epiceconomist.com/ 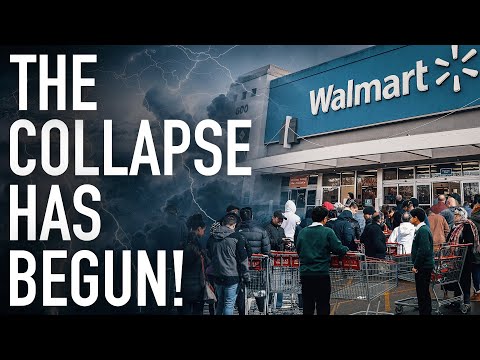 In today’s economic environment, Americans seem to be in a constant state of restlessness and frustration. We have never fully recovered from the fina...