You've heard on this podcast—and likely seen videos online—of how pilots land high performance military jets on the angled, steel flight decks of modern aircraft carriers, but how did they do it back in the beginning on wooden, straight-deck carriers?

On this episode, former U.S. Navy Lieutenant Junior Grade Dale Berven joins us to describe the procedures he followed when landing his F9F Panther aboard the USS Philippine Sea (CV-47) in 1953. Adapted from a 2020 Happy Hour discussion exclusive for our Patreon supporters, Dale and host Jell-O have a meandering discussion about more than simply day carrier landings on straight-deck carriers, such as the hydraulic catapults used at the time and even Naval Aviation's contribution to the Korean War. 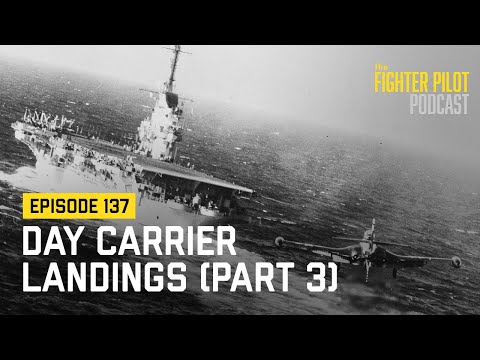