For copyright queries or general inquiries please get in touch: [email protected]

Top 5 Best is the #1 place for all your heart warming stories about amazing people that will inspire you everyday. Make sure to subscribe and never miss a single video!

I’m sure this question has crossed our minds a few times in our lives, what would we want as our last meals? Maybe something greasy and gooey like pizza? A homemade meal from a beloved parent we haven’t had in years? Maybe just a giant pile of Candy? For me personally, I would want some Kraft Spaghetti! My favorite meal of all time!
However I hope you never get asked that question, as more than likely it really is your last meal. The Death sentence is a controversial subject that many would dispute is too inhumane to put on someone, even mass murderers and horrid criminals. While you can have your own opinions on the matter, were here to talk about one of the few positives of this process. You get to pick out your last meal, regardless of food, amount, or scarcity. A sort of last comfort really. Though some have abused this system for petty reasons, or just downright gross ideas. And today were going to be going over ten of those strange entries.
From someone whose meal ended up feeding a lot, to a man who tried to commit a religious crime, here are ten of the weirdest last meals.
With all that said and done, lets begin shall we?

Phillip was a death row inmate whose crime was pretty severe, murdering a police officer during a botched robbery of a local Wendys. Sentenced to death for his callous disregard of human life, Phillip wa sconvicted in 1982 and stayed in this weird limbo until 2007. During that time, he finally received his last meal. As he requested, he wanted a single Vegetarian pizza. Now that might not sound too weird, but his second request was. He didn;t want the pizza for himself, he asked the prison to give the pizza to a random homeless person around Nashville. The prison refused, And Phillip went on a hunger strike until his death. However, other people decided to honor Phillips request, calling in delivery orders of hundreds of Vegetarian pizzas to homeless shelters, feeding hundreds. Not a good man, but a good deed to be sure.

Marions case is a strange one. Marion was given a new identity under the witness protection program for testifying against a federal prison. This in turn inspired him to start a crime spree under that new alias, killing at least five people. Sentend to death, his last meal request contained enough food to feed a frigging village. Marions list of food is as such: A stuffed Crust Pizza from Pizza hut, 4 Whoppers from burger king, one large order of french fries, three two liter pepsis, an entire bucket of ice, one bottle of ketchup, full salt shaker, fried eggplant, fried squash, fried okra, and one big pecan pie. While i’m not sure how much of this he ate, he intended to share it with another death row inmate, and I’m also unsure if that was a granted request.

Joseph was a piece of work, killing one Richard Ernest who picked him up on the side of the road and proceeding to steal his identity. A self proclaimed, Rainbow Warrior, he was sentenced to death, obviously. This meal is honestly not that weird in context, and seems pretty normal actually. If a little gratuitous. He requested three burger king whoppers, two large fries, a choco shake, chocolate chip ice cream, and some grape bubble gum. This one is similar to Marion, in that Joseph requested to share his meal, and unlike Marion I can confidently say this was granted, with the three brothers sharing one large final meal together before Joseph was put to death.
\#7 Thomas J Grasso.

Responsible for the deaths of two senior citizens in two different states, Thomas J Grasso is a no brainer for the death penalty, having been convicted on 1992 with an initial sentence of 20 to life. This was later turned to the death penalty due to legal and political matters, and as so got to choose his final meal which was...Fancy to say the least. This man ordered two dozen steamed mussels, two dozen steamed clams with lemon, a double cheeseburger from Burger King (BK is really popular in jails apparently), half a dozen barbecued ribs, diced and cut up strawberries. He also requested a can of spaghettos, but this apparently wasn’t honored for...some reason. That seems to be the easiest request personally. 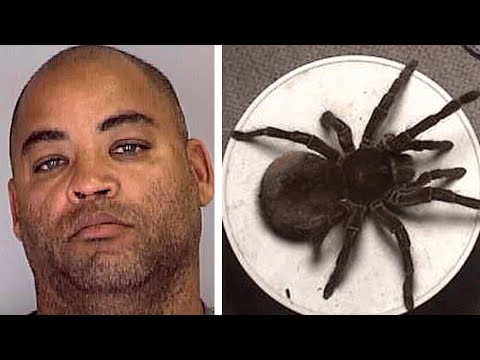 10 Shocking Last Meal Requests On Death Row If you're new, Subscribe! → http://goo.gl/djmfuX For copyright queries or general inquiries please get in ...