First of all, I love “Passing!” It’s poetic and heartfelt featuring great performances from both Tessa Thompson and Ruth Negga. Based on the beloved 1929 novel by Nella Larsen, Thompson and Negga play mixed-race childhood friends from Chicago who reunite in New York and unravels secrets kept by each other. Thompson is Irene “Reenie” who identifies as African-American and is married to a black doctor while Negga is Clare who passes as white and is married to a prejudiced white man played by Alexander Skarsgard.

This wonderful adaptation is written and directed by Rebecca Hall making her directorial debut. I spoke with Hall about her interest in adapting Larsen’s novel, her decision to shoot it in black-and-white using a 4:3 aspect ratio, the dynamics between the characters, and the meaning of the word passing.

“Passing” is now out in select theaters and streams on Netflix on November 10. 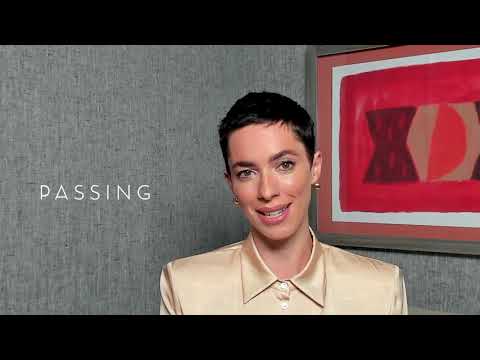 https://www.mannythemovieguy.com First of all, I love “Passing!” It’s poetic and heartfelt featuring great performances from both Tessa Thompson and R...