Latvian Foreign Minister Edgars Rinkēvičs told FRANCE 24 in an interview from the Latvian capital Riga on Tuesday that Russian President Vladimir Putin is seeking to install a puppet regime in Kyiv. But, Rinkevics said, he believes such a plan "will fail", as the Kremlin doesn’t have the military capacity to occupy Ukraine and "winning over the minds of Ukrainians after what the Russians are doing is almost impossible". 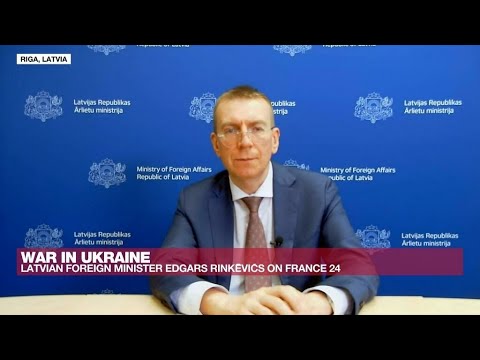